Resources to Get Through Tick Season 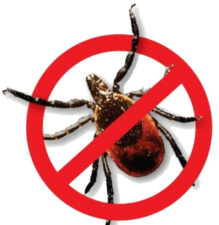 Here are some resources that you may find useful during tick season.

Learn about Ticks Prevalent in Maryland

How to Avoid and Remove Ticks

Before You Go Out

How to Remove a Tick

Here’s the main CDC page on this topic (but also see the bottom of this page.)

Learn about Many Different Illnesses Caused by Tick-Borne Bacteria, Parasites and Viruses

There are at least 12 different kinds of tick-borne illnesses. The following is a list of the most common in Maryland (only eight! :-)); the links will take you to information about symptoms and treatment.  All can present with symptoms like fever and chills, but some also have symptoms (for example, particular kinds of rashes) that differentiate these illnesses from other tick-borne illnesses.  Note that while doxycycline is a popular treatment for Lyme, it’s not the best treatment for all of these illnesses.