In 2007, the town nursery, located in southeast Woodward Park, was redefined as an arboretum. Notable species in this parkland include woodland natives like the fringe tree (Chionanthus virginicus), as well as varieties of oaks, hollies, maples, and dogwoods.

Councilman Bill Uhlendorf and his wife Carol started the town nursery in 1964. George Pughe, the mayor, gave them strong support. It was a period of “beautification” nationwide as noted by Lady Bird Johnson.

The town budget for the initial planting was $80. Azaleas, rhododendron, crape myrtle (Lagerstroemia indica), and dogwood were purchased from Stadlers and shared between the nursery and the circle. The Multiflora rose was planted in the nursery prior to transfer to the lake where it would stand as a security barrier. The Uhlendorfs, Carl Franck, and Charles Horan did the first planting in front of 127 Maple Ave.

By 1979, much of the early stock had been moved. To celebrate Arbor Day, Forestry Chair Meredith Horan arranged for the purchase ($200) and planting of new wholesale stock from Orndorf’s Farm Nursery, Clarksville. Mr. Orndorf, once a partner/grower for Burton, was liquidating. After retiring from the business, Mr. Orndorf became a popular radio personality for gardeners. During this period our nursery consultant was George Harding at Copper Beech Nursery (across from Asbury near Girard Street). Mr. Harding had recently retired as Director of Maintenance, National Capital Parks. His advice about bringing in stock from our own woods (keep it native) was heeded — thus the introduction of the fringe tree.

Flowering cherries from the nursery were moved to the back of the Woman’s Club. A white fir was moved near the gazebo. In the old nursery, the double star magnolias (Magnolia stellata ‘Royal Star’) and several Chinese dogwood (Cornus kousa) remain from the original Orndorf purchases. Many of the American holly (Ilex opaca) Frances Kern, named for Mr. Orndorf’s wife, are found in the nursery and in Zoe Wadsworth Park. The holly is known for its abundant fruiting.

Current maintenance includes mowing between the rows and constant undergrowth clearing. The process of transforming the nursery into an arboretum continues. Pedestrians (walking dogs or exercising) are on the increase in the vicinity. 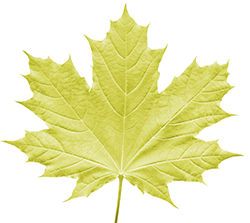