Helen Perley, later Mrs. Henry J.Whiting is shown in the front row on the far left. Helen’s father W. Morrison Perley owned the cottage at 411 Grove Avenue, sometimes called “Moonflower” or “Sarah Steel’s house.” The girl in the middle of the front row may be Leila Hershey who lived in Gaithersburg at the time. She later married Paul Farmer, a cousin of Donald McCathran. The cottage in the background may, in fact, be 411 Grove Ave since in 1928 the kitchen may not yet have been added. 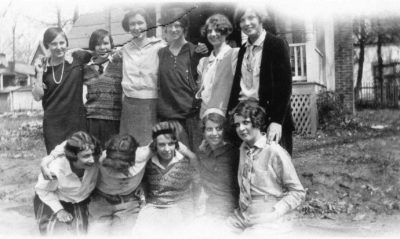