No public money may be expended without having been appropriated by the Council.
From the effective date of the budget, the several amounts stated therein as proposed expenditure become thereby appropriated to the several objects and purposes named therein, subject to the provisions of Section 42.

No officer or employee may, during any budget year, expend or contract to expend any money or incur any liability or enter into any contract which by its terms involves the expenditure of money for any purpose in excess of the amounts appropriated for or transferred to that general classification of expenditure by subsequent action pursuant to this Charter.
Any contract, verbal or written, made in violation of this Charter is null and void.
Nothing in this section, however, prevents the making of contracts or the spending of money for bonds, nor the making of contracts or the spending of money for capital improvements to be financed in whole or in part by issuance of bonds.
A contract for a period exceeding the budget year in which such contract is made is permitted if the contract is subject to termination by the Town because sufficient funds are not appropriated for a subsequent budget year.

45.  Appropriations Lapse After One Year

All checks issued in payment of municipal obligations must be issued and signed by the Treasurer or the Mayor or the Mayor Pro Tempore.

(a) All real property, and all tangible personal property of any commercial enterprise taxable under State law within the corporate limits of the Town is subject to taxation for municipal purposes, and the assessment used is the same as that for State and County taxes.
No authority is given by this section to impose taxes on any property which is exempt from taxation by State law.

(b) The Mayor and Town Council must annually prepare an estimate as to the amount of money required, over and above the tax authorized in paragraph (a), to provide for the cost of the public service, such as the collecting of trash and garbage, the clearing, cleaning and lighting of streets, and such other public service, insurance, repair and upkeep of the public buildings and parks and maintenance of the same, and other charges which may be necessary for the conduct of affairs of the Town and for the well-being and the health of the entire community.
The Mayor and Council must present such estimate for the approval of the qualified voters in annual Town Meeting.
Upon the approval of a majority of such qualified voters in meeting assembled, the Town Council may annually impose a uniform running front foot charge in the nature of an assessment against all improved and unimproved lots within the corporate limits of said Town, and/or a flat uniform and equal assessment against each dwelling upon lots within said Town, to provide the additional funds necessary over and above the tax provided in paragraph (a) as called for in the approved budget.

From the effective date of the budget, the amount stated therein as the amount to be raised by the property taxes authorized in Section 47 constitutes a determination of the amount of the tax to be imposed in the corresponding tax year.

Promptly after the property taxes are imposed by the Town, the Treasurer, or a designated agent, must make out and mail to each taxpayer or designated agent at the last known address a bill or account of the taxes due.
This bill or account must contain a statement of the amount of real and personal property with which the taxpayer is assessed, the rate of taxation, the amount of taxes due, and the date on which the taxes will begin bearing interest and penalty.
Failure to give or receive any bill required by this section does not relieve any taxpayer of the responsibility to pay on the dates established by this Charter all taxes imposed on the property.

50.  When Taxes are Overdue; Liens

A list of all property on which Town taxes have not been paid and which are in arrears as provided in Section 50 above may be turned over by the Treasurer to the official of Montgomery County responsible for the sale of tax delinquent property, as provided in State law.
All property listed thereon may, if necessary, be sold for taxes by this Montgomery County official or the Town, in the manner prescribed by State law.

All Town fees received by an officer or employee of the Town belong to the Town and must be accounted for to the Town.

The financial books and accounts of the Town must be audited annually as required by State law.

(b) The Town has the authority to incur bonded indebtedness, subject to the provisions of State law; however, such bonded indebtedness must at no time exceed 10 percent of the total assessed value of real property subject to tax, as provided in Section 47 of this Charter, within the corporate limits of the Town.

All bonds, notes, or other evidences of indebtedness validly issued by the Town previous to the effective date of this Charter and all ordinances passed concerning them are hereby declared to be valid, legal, and binding and of full force and effect as if herein fully set forth.

The Council may provide by ordinance for rules and regulations regarding the use of competitive bidding and contracts for all or part of the Town’s purchases and contracts.
All expenditures for supplies, materials, equipment, construction of public improvements, or contractual services involving more than five thousand dollars ($5,000.00) must be made on written contract.
The Clerk is required to ask for sealed bids, in such manner as may be prescribed by ordinance, for all such written contracts provided however that the Council may authorize the bypassing of any or all bid procedure steps in cases in which the sealed bid process may not produce responsive bids, or the item or service is only available from one source and in the Council’s judgment, such action is warranted as being in the Town’s best interest.

Such written contracts must be awarded to the bidder who offers the lowest or best bid, quality of goods and work, time of delivery or completion, and responsibility of bidders being considered.
All such written contracts must be approved by the Council before becoming effective.
The Clerk, with the approval of the Mayor and Council, has the right to reject all bids and re-advertise.

In addition whenever a Federal, State of Maryland, or Maryland County or local government, or any agency or unit thereof, whose purchasing policies are comparable to those of the Town, has conducted a competitive bid and awarded a contract, the Treasurer my purchase the bid item at the bid price from the successful bidder, subject to the approval of the contract by the Mayor and Council. 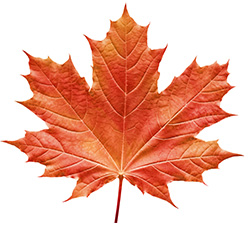 Town Treasurer Position Filled! Resident Jean Moyer has been tapped to fill the large shoes of retiring Town Treasurer Mary Challstrom and will be shadowing Mary until June. A fully qualified candidate for the position, Jean will bring lots of experience and knowledge...

The Town of Washington Grove seeks a qualified individual to fill the position of Town Treasurer beginning Spring-Summer 2021. The Treasurer has broad responsibilities, functioning as financial officer, bookkeeper, purchasing agent and in other capacities to insure...

The property tax rate for the fiscal year beginning July 1 will decrease to the constant yield rate of $0.2587/$100 assessed valuation. The dwelling unit charge, tied to the cost of trash and recycling collection, will remain at $130 per dwelling per year. Copies of...

The Town of Washington Grove seeks a qualified individual to fill the position of Town Treasurer beginning Spring-Summer 2021. The Treasurer has broad responsibilities, functioning as financial officer, bookkeeper, purchasing agent and in other capacities to insure...

Monday, March 23, 2020 McCathran Hall Council Room, 7:30 p.m. The Mayor and Council will hold a work session to plan a budget for the coming year which begins on July 1. At their April 13 meeting, the Council will adopt a recommended budget. A summary of the proposed...